The State of CSR in Singapore: An Unnecessary Extra?

Having just completed my (admittedly short) visit to Singapore as part of my CSR Quest tour, I have mixed impressions. Evidence of ‘explicit’ CSR (such as CSR reports, policies, managers, etc.) is extremely limited and certainly lags other developed nations and some developing countries, including in Asia. However, I did find myself asking the question: If a government is extremely effective – as arguably it is in Singapore – does that limit the need for CSR, or at the very least its scope?

Over the past 50 years or so, the Singapore government has succeeded admirably in growing the economy, creating job opportunities, ensuring good working conditions (for nationals) and raising the standard of living, all in a tiny city-state without any natural resources. Even on environmental issues, it has cleaned up the rivers, lowered air pollution, greened the city and virtually eliminated its dependence on Malaysia for water. Could it be that CSR in Singapore is an unnecessary extra, practiced only to placate Western markets and investors? 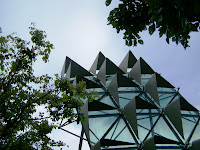 On reflection, I think this would be a premature and misplaced conclusion. First, there seem to be some issues where, although progress has been made, there are still serious concerns. For example, the rights and conditions of migrant contract workers on which the economy is dependent; transparency and integration of CSR issues into corporate governance and financial markets; and reducing the carbon intensity of the economy, which includes one of the biggest container ports and gas refineries in the world, not to mention a prolific construction industry.

I must confess, I was surprised that despite widespread perceptions (including my own) of the government being ‘strong’, there seems to be a reluctance to take a lead on many social and environmental issues. For example, after meeting with the CEO of the National Environment Agency, I had the impression that, while the government is doing some good things (e.g. on encouraging recycling and energy efficiency), they are extremely hesitant to introduce any bold regulations or controls that might be seen to be a cost or to harm the competitiveness or security of Singapore’s trade and industry. 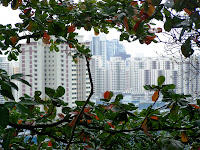 The water issue is illustrative. It was only after a political crisis with Malaysia that Singapore instituted the range of measures, including leading edge filtration and desalination technologies, that now make it not only virtually water self-sufficient, but also a leading exporter of water technologies. Along a similar theme, I did hear talk of Singapore becoming a green IT or clean-tech hub for Asia, but I think the government’s softly-softly approach will leave them far in the wake of countries like Korea, Japan and, in the future, China.

Even so, there is a lesson to be learned from Singapore. As a geographically small city-state, with a relatively high population density, the government quickly faced up to the fact that there is no ‘away’. It had to deal with its own externalities, rather than export them. Innovation was born of necessity. Poverty and pollution could not be tucked away in remote rural regions or ignored as the inevitable lot of a fringe slum society. Either the whole city prospered, or it didn’t. There was nowhere to hide poor people or poor governance. 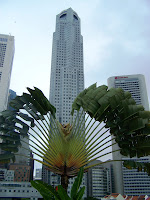 In the 1980s and 1990s, as the Asian tigers jockeyed for position in the region and the world, Singapore made strategic investments in two areas – its people (creating a highly skilled labour force) and its infrastructure (making it one of the most friendly trade and investment destinations in the world). Singapore knew that if it didn’t get these two things right, it would have no competitive advantage – it would lose its upwardly mobile workforce to Japan, Korea or the West and global economic activity would divert to other parts of Asia.

So we can learn from the ‘spaceship earth’ (city-state) thinking of Singapore. But, for me, the jury is still out on CSR per se. Unless the government and companies can shake off the ‘competitiveness at all costs’ mentality, it may always be a CSR laggard, moving with the late majority; certainly not the worst, but far from the best. Somehow, Singapore needs to answer for itself the ‘why’ question. Why is CSR relevant, or important, in Singapore? I am betting this will inevitably lead straight to another question: How can CSR make Singapore more competitive?
Posted by Wayne Visser at 7:14 PM