Lentil As Anything: An Experiment in Generosity

Recently, I had the good fortune to spend some time with Shanaka Fernando*, founder of the Melbourne based restaurant chain, Lentil As Anything. Shanaka is one of those rare pioneers who are prepared to live by their convictions, flaunt social convention and challenge the status quo.

After a failed stint as a Buddhist monk in his home country of Sri Lanka (he fell in love with a nun, had a torrid affair and got kicked out), he came to Australia and dabbled in law studies. It wasn't fulfilling, so he gave it up to travel on a shoestring around the third world for six years, learning about culture and community along the way. When he returned to Australia, Shanaka started a business importing saris made from recycled fabrics, which made him enough money to start his current social experiment - Lentil As Anything.

I call it a social experiment, because the business goes beyond simply being a social enterprise. Like other social businesses, Lentil As Anything embraces the entrepreneurial spirit while it "seeks to have a significant, positive influence on the development of the community". But there is something more unique, more challenging, more sublime and more subversive - because it gets to the heart of human nature and the essence of Western capitalism. I am talking about generosity and money.

Through Lentil As Anything, Shanaka is trying to foster a culture of generosity. What would happen, he wondered, if there were no prices? What if people only paid what they could afford, or what they thought the food was worth, or what they were inspired to pay? Is there enough generosity left in Western society to run a viable business on the principle of giving and sharing, rather than profit maximisation? Would the 'free rider' problem kick in, with people taking advantage of the 'free' food?

According to Shanaka, all kinds of interesting things happen when people are faced with 'the magic box' - the treasure chest that people can place their donations in as they leave. A few (very, very few) take advantage. Some, who genuinely can't afford to pay, offer to chop vegetables or do dishes. Others make their own assessment of what is a fair price to pay. Some are quietly generous, while others make a theatrical gesture of placing their donation in the magic box.

But it goes beyond the money. Other unexpected things happen too. As you look around, you notice that this is not a 'people like me' experience, where you are surrounded by those from your own socio-economic or ethno-cultural strata. Lentil has succeeded in mixed it up, cutting across traditional divides. And because of the philosophy of the place, you may find a wealthy businessman striking up a conversation with a subsistence artist.

When you create these kind of creative connections, it is a potent recipe for innovation, for rediscovering what it means to be human. Shanaka insists that Lentil is first and foremost about good food (interestingly, vegetarian food, because that is the most inclusive, making concerns about halal or kosher or meat-based preparation irrelevant). But it is clearly more than that. It is an invitation to restore our faith in the essential goodness of humanity and the wholesome nature of community. 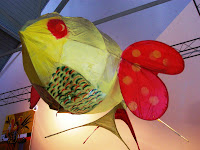 What, you may ask, has all this to do with CSR? Well, I believe it is entrepreneurs like Shanaka that are at the forefront of the CSR 2.0 wave. If we subject Lentil to the 5 tests of CSR 2.0, it scores well: 1) Is Lentil creative? (yes), 2) is it scalable (not sure), 3) is it responsive (extremely), 4) is it glocal (yes, it thinks globally but acts locally), and 5) is it circular (mostly, yes, local production and recycling are part of the philosophy and practice).

Even on scalability, Lentil gave me pause to think about what I mean by that. If we accept the 'Long Tail' approach to scalability (popularised by Chris Anderson), Lentil doesn't have to go from 4 to 40,000 restaurants to be scalable. It could be that 10,000 independent restaurants - inspired by a similar philosophy - pop up all around the world and turn the generosity experiment into a global movement.

As the world recovers from the Age of Greed that culminated in the global financial crisis, it is refreshing to be reminded of the rightful place of money in society. Money is always a means to an end; never the end in itself. Melbourne - and indeed the world - would be a poorer place if brave experiments like Lentil As Anything were allowed to fail**. Let us make sure that, in the battle of generosity versus money, generosity wins hands down.

* You can listen to Shanaka tell his own story in this brief video interview that I conducted with him.

** You can find details on how to make a donation to Lentil As Anything are on their website.
Posted by Wayne Visser at 5:53 PM