Part 1 - Foreword by Jeffrey Hollender for “The Age of Responsibility” 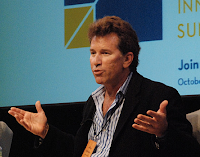 In the beginning, responsible businesses were going to save the world. I remember because I was there. It was the late 1980s, and a new brand of socially and environmentally benevolent companies were emerging on the corporate landscape. The Body Shop, Ben & Jerry’s, Patagonia, and my own company, Seventh Generation, to name just a few, were out not only to make money but to fundamentally change the way things worked doing it.

Driven by equal parts societal need and personal desire, and an ethos carried on patchouli smoke from the late 1960s, these companies were founded by entrepreneurs who confronted the regressive bent of the Reagan era with a determination to create a different operating model for the business community. This new paradigm would reconcile the historic conflict between corporate profits and cultural progress by selling products and services whose creation took every possible precaution to safeguard the environment and respect the rights and dignity of the people responsible for bringing them to market.

Those were heady days. We thought we could save the world and earn a living doing it. The idea seemed obvious and its execution relatively straightforward. And though the things

we were doing had largely never been tried, every time one of them worked, the possibilities appeared even more endless than before. By the time of the big 20th anniversary of Earth Day in 1990, it was clear that corporate responsibility was a concept whose time had come. People the world over were eager for an evolutionary change from business-as-usual and the harm it was causing, and we were sure that it was only matter of time before the rest of the corporate world beat a path to our doorstep

Indeed, the business community did come knocking. Flash forward two decades, and it’s rare to find a company of any appreciable size that doesn’t offer a corporate responsibility (CR) report or tout some kind of progressive initiative. There are CR officers sitting in executive suites around the world and conferences on the subject well attended by Fortune 500 companies. Touchy-feely ad campaigns and self congratulatory press conferences abound. And some days it seems like nearly every product label has something to say about the change the goods within are helping to create.

Yet by virtually every measure, the world is in worse shape than it’s ever been. Our atmosphere is overburdened with dangerous levels of greenhouse gases. Our planet’s biodiversity and its ecosystems are under siege. Growing numbers of people are living in increasing poverty. Deadly toxins pollute our land and our bodies, yet health care remains a distant dream for far too many. We’re running out of water. We’re running out of natural resources. And we’re running out of time.

Jeffrey Hollender is former CEO and co-founder of Seventh Generation, and co-author of The Responsibility Revolution