The Age of Greed 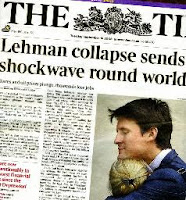 By Wayne Visser
In my view, the Age of Greed began when the first financial derivatives were traded on the Chicago Mercantile Exchange in 1972 and peaked when Lehman’s collapse in 2008. It was a time when ‘greed is good’ and ‘bigger is better’ were the dual-mottos that seemed to underpin the American Dream. The invisible hand of the market went unquestioned. Incentives – like Wall Street profits and traders’ bonuses – were perverse, leading not only to unbelievable wealth in the hands of a few speculators, but ultimately to global financial catastrophe.

The word ‘greed’ – from the old English grædig – has etymological roots that relate to ‘hunger’ and ‘eagerness’. This is similar to the older word, avarice, coming from Old French and Latin (avere), meaning ‘to crave or long for’. Those are characteristics that Larry had in spades. The Greek word for greed – philargyros, literally ‘money-loving’ – also has a familiar ring in the Lehman's story. The trouble is that capitalism in general, and the American Dream in particular, has tended to interpret this as a healthy trait. Traders at Lehman Brothers didn’t believe he was being unethical, or doing anything wrong. They were playing the game – extremely well – and being rewarded handsomely. 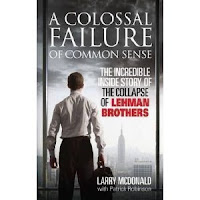 Perhaps we would do well to revive the German root of the word for greed (habsüchtig), which means ‘to have a sickness or disease’, for greed acts like a cancer in society, an essentially healthy cell in the body, which becomes selfish and ultimately destroys its host. The enabling environment is as important as the greedy cell itself. After all, as I argued in my book, Beyond Reasonable Greed, a certain measure of selfishness is natural, but it needs to be moderated by norms, rules and cultural taboos that keep its destructive tendencies in check.

It is worth reminding ourselves what the consequences of those destructive tendencies can mean in the lives of millions of ordinary people. The financial cost of cleaning up after the global financial crisis – which ultimately gets translated into a tax burden on the public – was estimated by the IMF in August 2009 at £7.1 trillion, enough to finance a £1,779 handout for every man, woman and child on the planet. The gargantuan sum includes capital injections pumped into banks in order to prevent them from collapse, the cost of soaking up so-called toxic assets, guarantees over debt and liquidity support from central banks.

And then there is the human cost of unemployment. In January 2010, the International Labour Organisation released figures showing that global unemployment rate for 2009 was 6.6%, which translates into 212 million people, an increase of almost 34 million over the number of unemployed in 2007. In the US alone over 100,000 businesses filed for bankruptcy in 2008 and 2009. At the same time, the World Bank estimates that the financial crisis will left an additional 50 million people in extreme poverty in 2009 and some 64 million in 2010 relative to a no-crisis scenario, principally in sub-Saharan Africa and Eastern and South-Eastern Asia.

The Age of Greed was not something ‘out there’. It was not the preserve of a few rogue traders. We were all caught up in its web. It is in fact a multi-level phenomenon, incorporating executive greed, banking greed, financial market greed, corporate greed and ultimately the greed embedded in the capitalist system. These different facets of greed are each explored in turn in the sections to follow ...