WikiLeaks and CSR - The Era of Radical Transparency 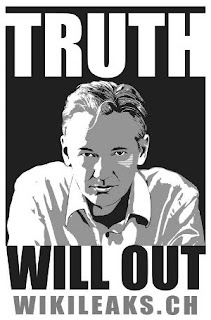 Julian Assange, founder of Wikileaks, a Web 2.0 style whistle blowing site founded in 2006, has this week received a set of leaked documents that threaten to expose illicit activities of the clandestine Swiss banking industry. This is the latest chapter in the WikiLeaks saga, which has been one of the most explosive and significant CSR (and political) stories of recent times.

Without question, WikiLeaks has raised the debate on transparency, responsibility and the role of new media to a whole new level. There are major implications in two related, but distinct areas: whistle blowing and activism. It also raises questions about the sometimes blurry line between legality and ethics, the big-bully tactics of major corporations, and the accountability of whistleblowing organisations.

Whistle blowing - the act of raising concern (usually by anonymously leaking incriminating evidence) about alleged illegal or unethical activities by individuals or organisations - is widely regarded as improving transparency and being in the public interest. Hence, most countries have legislation to protect whistleblowers. In the U.S., this practice dates back to the Lloyd-La Follette Act of 1912, and was most recently reinforced and strengthened through the Sarbanes-Oxley Act of 2002.

Some argue that Wikileaks has simply continued the honourable tradition of whistleblowing, and raised it to another level, appropriate to the open access age of the Internet – part of what Daniel Goleman, author of Ecological Intelligence, calls "radical transparency" (although he used it more in a supply chain context).

For instance, in September 2009, WikiLeaks posted a leaked internal report from Trafigura, a commodities multinational, exposing it for dumping hazardous waste in Côte d’Ivoire. The site has also been threatening since 2009 to release damaging information about the Bank of America, and caused their stock price to fall by 3% when it made the announcement. In a July 2010 TED interview, Assange claimed to have damaging inside information from BP as well.

Unsurprisingly, companies (and governments) are extremely nervous – even hostile – about the activities of Wikileaks. The issue came to a head in 2010 with ‘megaleak’ releases to The Guardian, New York Times and others of over 92,000 classified documents on the War in Afghanistan (released in July), around 390,000 previously secret US military field reports on the Iraq war (released in October) and more than 250,000 cables from more than 250 U.S. embassies around the world (released in November). When the U.S. government declared these releases ‘illegal’, several companies with commercial ties to WikiLeaks, notably Mastercard and Paypal, froze their transactions, resulting in a funding crisis for WikiLeaks.

What happened next revealed the new face of activism in the 21st century. Using methods that The Economist calls “guerrilla transparency” and which have been dubbed by the media as “hacktivism”, attempts by governments and commercial partners to shut Wikileaks down or cut off its financial oxygen led to a rapid proliferation of mirror sites – more than 700 in one week, according to The Economist – and counter-attacks by hacker groups like Anonymous. One of the tactics of these groups is to bombard the websites of organisations that are perceived to be obstructing WikiLeaks with online requests, thus causing them to crash. In the case of Mastercard, one such orchestrated DDoS (distributed denial of service) campaign by Operation Payback was successful.

Whatever we think of the merits or demerits of these tactics, one thing is clear: WikiLeaks has blown the debate about transparency wide open, raising many more questions than it answers. For instance, what is the role of CSR when one leak about a corporate malpractice can destroy years of conscientious work on corporate citizenship? Will this new generation of online whistleblowing – whether by WikiLeaks or others – increase transparency, or will it simply cause governments and companies to clam up even tighter; to invest more in data security and counter-hacking measures? And if they do react defensively, will this result in what Assange called an unwittingly self-imposed “secrecy tax”, whereby those organisations with the most to hide end up being less competitive as a result of their security-related expenditures?

In the brave new Wikileaks world, CSR laggard companies will clam up and adopt a seige mentality. They will bog down their staff with crippling red tape under the guise of better risk management and more secure document controls. By contrast, CSR leaders will see this as an opportunity to be pro-actively and proudly transparent. They will continue to invest in open engagement with stakeholders, while encouraging employees to safely raise concerns internally before going public with their complaints. CSR leaders know that in a WikiLeaks world, the only effective defence is to create a caring workplace where there are no disgruntled employees seeking revenge, and an ethical culture that has no dirty secrets waiting to be exposed.
---

Note: This blog is partly based on research and writing done for the forthcoming edition of the Journal of Corporate Citizenship.
Posted by Wayne Visser at 5:54 PM