Reflection on "What the Green Movement Got Wrong" 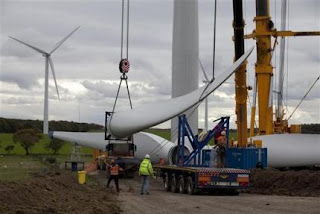 Last night, the UK’s Channel 4 showed a documentary called ‘What the Green Movement Got Wrong’. In some ways, it reminded me of The Apprentice – designed to spark conflict and generate publicity, but having very little to do with inconvenient reality. And of course, it succeeded. The live debate that followed drew indignant responses from the likes of Friends of the Earth, Greenpeace and George Monbiot. And while I shared some of their frustration, I am rather less inclined to trash the show.

The fact of the matter is that it raised some important questions about the ‘greens’ (although only the media still uses such an outdated label). Do they rely more on ideology and emotions than science and economics? Have they been right in their belligerent opposition to nuclear and GMOs? Is their distrust in corporations and new technology really justified? Do they slip into the trap of caring more about ‘green things’ than people, especially poor people in developing countries? For example, did they resist the use of DDT to control malaria?

Well, first we have to ask, who are ‘they’? The documentary lumped these mysterious ‘greens’ into one amorphous mass, creating the impression that it is a cogent and unified movement. Paul Hawken, in Blessed Unrest, estimates that there are over 2 million organisations around the world working on issues of social justice and environmental sustainability. What are the chances that they agree on anything, let alone the contentious issues of nuclear energy and GMOs?

The truth is that every movement, including sustainability and responsibility, has the full spectrum of players, from conservatives and Luddites to liberals and techno-optimists. There are those who believe that business and the market are the yellow brick road to utopia, and those who believe that only government policy can take us ‘over the rainbow’. There are pro-nuke and anti-nuke, pro-GMO and anti-GMO and all sorts of liquorice flavours in between.

Leaving the quality of the documentary aside (it was one-sided and contained various factual errors), the freedom to debate the issues is critical. If there’s one thing that drives me mad, it’s the demonization of anyone who happens to disagree with the crowd – and let’s be honest, the sustainability and responsibility ‘crowd’ does suffer from group-think mentality on many issues. Ideology, preconceived ideas and entrenched positions are stronger than most will admit.

My point is that debate is good. Dialogue is even better, but that requires listening, rather than defending dug-in bunker-mentality views. Dialogue is never going to happen in the bright lights of entertainment TV. But we do have a chance now, in the aftermath, to dialogue. The question is, are we mature enough to do so. When last did you change your mind on a key sustainability or justice issue? Are we prepared to practice what we preach about stakeholder engagement?

It was clear that Channel 4 had no intention of being either fair or transparent. As Craig Bennett from Friends of the Earth pointed out during the live debate, they requested that they be interviewed so as to include their views in the documentary, but Channel 4 refused. No surprise there. Channel 4 is not about balanced programming, it is about poking the hornet’s nest to boost viewers and ratings; a sort of documentary version of Jerry Springer if you like.

In the final analysis, the documentary and the debate that followed belong to the last century. The world – and the sustainability and responsibility movement – has long since moved on from simplistic black or white, green or red, market or state, pro or anti thinking. We are in the era of complexity, of hybrid technologies and cross-sector partnerships, of multi-level governance and multi-stage CSR. We must resist the tabloid-style return to cardboard caricatures and melodramatic mudslinging.