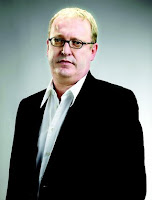 This is a guest column by Professor Richard Welford, Chairman of CSR Asia.

The scandal that has already claimed the lives of four babies and sickened some 60,000 after they were fed the powder, made by the once-prestigious Sanlu Group, has huge implications for corporate social responsibility. The milk, which had been laced with the industrial chemical melamine, used in plastics and glue, gave children kidney stones.

The Chinese government has said that officials in , where Sanlu is based, had covered up the extent of the problem for more than a month while was hosting the Olympic Games. There, a local government spokesman, revealed that Sanlu (43 percent owned by ’s Fronterra Group) had approached them for help in managing the media response on August 2nd, six days before the games opened.

In fact, local media had known that problems were being reported by parents of babies across who had been fed Sanlu formula. However, the reporters were unable to publish their findings because of strict media controls imposed by the government during the games.

Industrial experts are now predicting the bankruptcy of Sanlu. It is unlikely a single company will be able to take over Sanlu as its debts total more than 700 million yuan, not counting massive compensation claims.

But as well as highlighting yet another cover up, the scandal has also revealed, once again, the deficiencies of industry oversight and the weakness of regulatory bodies and ongoing problems associated with corruption. Despite orders from ’s central authorities to recall all milk produced before September 14th, banned milk from two of ’s biggest dairies was still being sold this week at a discount to students in the southern city of through stores and milk dealers. The incidents call into question whether ’s central government can deliver on its promise to clean up the country’s dairy industry after contaminated infant formula sickened tens of thousands of children.

The government has now admitted that although contamination of milk had occurred at dairy companies, the government was responsible for monitoring the industry at the heart of the crisis. The important steps in the dairy industry, including production of raw milk, collection, transportation, processing, formulation and manufactured goods, will all need to have better standards and testing requirements, according to the government.

A nationwide check has now found melamine in 31 milk powder products. Large brand name companies including Cadbury’s, Heinz, Nestle and Unilever have had to recall products where milk was watered down by farmers who then added melamine to raise the protein levels.

But milk contamination, it seems, is nothing new in . In 2004, the China Dairy Product Quality Inspection Report found that adulteration was very widespread and found urea, soap powder and starch being added to milk. It also found high levels of antibiotic residues in milk.

Just who is responsible for the mess we are now seeing is still far from clear. At first, milk processors such as Sanlu were in the spotlight for spiking the milk. It now seems that much of the adulteration was being done by farmers. But a number of media reports have pointed out that much of the problem might be associated with the fact that Sanlu had lowered the prices being paid to farmers at the same time as the price of animal feed was going up substantially.

’s President Hu has called for lessons to be learned from the scandal. So in keeping with his request, here are my top ten lessons and forecasts from the perspective of CSR:

1. THE CRISIS WAS NOT INTENDED AND THERE'S THE RISK

Those who contaminated the milk may not have known what the risks were when they added melamine to increase protein levels to pass tests. There was probably no malicious intent but rather a practice was adopted to enable a little more money to be squeezed out of milk processors by poor farmers. So what are the supply chain risks associated with cutting corners, cheating a little bit here and there and trying to extract just a little bit more money when prices are rising and incomes falling? If people’s incomes are squeezed in an inflationary environment so much that they cannot longer make a living, don’t be surprised if they start finding ways to recoup some of their losses. If large brands continue to want cheaper and cheaper products, when costs are rising, something has to give somewhere. It did, and this time had disastrous consequences. Wake up to the inevitability of having to pay higher prices for goods.

2. THIS IS A WHOLE NEW LEVEL OF COMMUNITY PROTEST

For years, people in have put up with rising levels of pollution and impacts on their health as a trade-off for higher incomes, better housing and access to more products. But making adults sick is one issue, making people’s (one child policy) babies sick is something altogether different. The outrage coming from the Chinese public is probably unsurpassed by any other recent event and that is not going to go away any time soon. And as one father of a sick baby said, “this is now just too much to tolerate.” Some journalists have even gone so far as to argue that this could be a tipping point in terms of public dissatisfaction because this is one case where the public panicked and did not receive the information they needed to take action. Engaging the Chinese public has probably never before been as important. In fact, I would argue that you no longer have a choice. Engage your stakeholders or face the consequences: The parents of a Chinese infant allegedly sickened by tainted baby formula have launched what could be the first (but not the last) lawsuit in the nation’s escalating milk scandal. Product liability lawsuits have become more common in recent years and look set to increase.

3. YOU CANNOT SILENCE THE SOCIAL MEDIA

Many mainstream Chinese websites are being questioned about the manner in which they are handling the keywords related to companies in trouble in the Sanlu milk scandal. Among the doubts, the biggest one is about Baidu, the search engine with the largest market share in . Ever since the Sanlu milk powder affair broke, some think that the number of pages found on Baidu is far less than its competitor Google. A document released online by one blogger claimed that Sanlu had promised 3 million yuan (in advertising) to get Baidu to filter out all negative news about the scandal. In the end, Baidu admitted that a public relations company acting for milk producer Sanlu asked it to screen out negative news about the contaminated milk scandal. Attempts to control online sources of information do have a habit of backfiring. Honesty and transparency is the name of the game and some public relations companies would do well to remember that.

4. THE "MADE IN CHINA" BRAND IS AGAIN DAMAGED

Whether it is milk products, toys, dog food, toothpaste or whatever, the brand is once again looking tainted. Many countries have decided to suspend imports of Chinese milk products or to withdraw them from their market. Consumers are now increasingly scrutinising the sources of products on the shelves of supermarkets (and that does not only include milk products). The brand may have rebounded quickly after lead paint was found in toys but many more scandals on this level are going to have longer-term repercussions - and the government knows it. But more damaging, in the longer term, than the tainting of dairy products with melamine is the cover-up of the scandal by Chinese authorities, a number of journalists have argued. If there is no confidence in the governance of the regulatory system, how can there be any confidence in Chinese supply chains?

5. PRODUCT RESPONSIBILITY IS HIGH ON THE AGENDA NOW

The milk problem shows how big food companies struggle to impose food-safety standards on suppliers in the developing markets they increasingly rely on for sales growth. A lot of attention has now switched from manufacturing processes that might be described as sweatshops, to processes (and the products themselves) that can cause harm to human health. This is going to require increased attention by brands not only to first-tier, supply-chain processes but also those further down the supply chain where, in the case of both milk products and toys, the problems occurred. One might now ask whether only conducting first-tier audits will be sufficient to manage product responsibility risks in the future. And ensuring product responsibility in poorly regulated environments is going to be expensive.

6. THE WHOLE SUPPLY CHAIN IS AFFECTED

Spare a thought for people trying to run responsible businesses. Some farmers may have spiked their milk but many did not. Yet many dairy companies and farmers are now facing bankruptcy because of the scandal. Media reports are saying that many farmers can no longer sell their milk and are simply tipping it down drains. Others are said to be contemplating slaughtering their cows. It seems that the government is willing to step in to help, but what obligations do the makers of products have to those suppliers unwittingly embroiled in the scandal and possibly facing financial ruin?

It is clear from what has already been said by the central government that the regulatory environment is set to become tougher. Laws are often good but not enforced for various reasons, including a lack of regulators, inept regulators and corrupt regulators. But if government is to be believed, much of that may now change and companies may face a stricter enforcement of the law. The milk industry could actually emerge much stronger, mirroring recent advances in the toy industry. Many brands may well welcome increased enforcement of regulations, but it still poses a threat where that brand’s products are made in facilities that also produce for the domestic market or non-branded goods. If a facility is closed for an infringement in its non-brand lines, where is the brand going to find the capacity to continue production? The likelihood of that happening has just become greater.

8. INVESTORS ARE RUNNING SCARED OF CHINA

’s Fonterra Corporation, the world’s largest trader in dairy products, has undoubtedly learned much from its 43 per cent ownership of a venture which has created a financial disaster. This latest food tragedy may make some foreign investors conclude that the risks of manufacturing in outweigh the potential rewards. Yet, such is the allure of the market, most multinational firms will probably want to maintain their interest. The challenge is how to do it better. But ensuring that investments are safe might be even more problematic than ensuring products are safe in the sorts of joint venture arrangements we have see in the Sanlu case. Shareholders might be increasingly asking whether is a safe haven for their money.

It is increasingly looking like many suppliers simply cannot be trusted to put the systems in place to ensure product safety, or if they do, fail to properly manage those systems. The inevitable consequence of this is that we are likely to see a return to more testing. That comes expensive and the inevitable question is who is going to pay and what will that do to product prices?

10. ANOTHER NAIL IN THE COFFIN OF OUTSOURCING?

This week the Wall Street Journal noted that the Chinese milk-safety scandal exposes one of the pitfalls of a key strategy of the world’s big multinational food companies: relying on local suppliers in emerging markets. Add to the scandal, the reality of increasing raw materials costs, increasing labour costs, increasing fuel and transportation costs and an increasingly worried consumer base and, all together, the future for the outsourcing model might not be looking so clear.