Guest column: Crane & Matten on CSR and the financial crisis

CSR Professors Andrew Crane and Dirk Matten of Schulich Business School, who I've been spending some time with this week, have been tracking the implications of the financial crisis on their blog (http://craneandmatten.blogspot.com) for a few weeks now. Here is one recent entry: 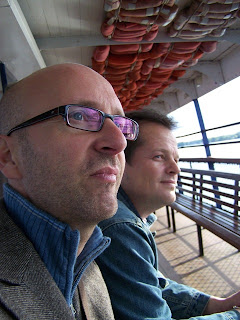 "As the turmoil in financial markets continues unabated, some of those in the responsible business arena are considering what the likely effects of all this are going to be on the practice of CSR. The last decade or so has seen a seemingly unstoppable rise in interest, attention, and action on CSR issues, at least from some quarters of the business community. But with recession around the corner (or apparently already arriving for some countries), what is the prognosis for responsible business when times are haOut here in the blogosphere a range of opinions are circulating. One post that has gotten quite a lot of attention came from Adam Jones of the Financial Times, who was among the first to raise the issue, and ended up somewhat hedging his bets:

"I suspect there are lots of Milton Friedman-reading managers in the private sector who grumblingly tolerated CSR programmes during the boom and would now love to get rid of them on similar cost grounds. Instead of throwing the money changers out of the temple, it would be a case of throwing the CSR priests out of the marketplace. But that would be a pretty dumb move at a time when the public mood is for more accountability and regulation, not less."

Reenita Malhotra, writing on her "Inspired Economist" blog, focused on the specific effects on CSR in the investment banking industry, arguing that such enterprises should be protected exactly because of their positive social benefits:

Taking an opposite point of view, Nic Paton at the online resource Management-Issues suggested that a lack of attention to genuine CSR was actually to blame for the crisis in the first place:

"While many companies believed they were engaging in corporate social responsibility, they were in fact missing the point. Truly responsible business, rather than chasing a fast buck and in the process taking overly dangerous risks, would have considered the interests of all those who had a stake in their business."

Finally, Mallen Baker, writing for Business Respect, has taken a similar line, but has also sought to move the debate forward by looking at what this should mean for practicing CSR in the future

"Bear Stearns produced no CSR report of any sort. Lehman Brothers did not produce a CSR report, but they produced a philanthropy report. Even if they had gone further, it seems unlikely that the complex nature of how they created wealth would have been a feature. Now it needs to change. If anything is to come out of this, it has to be that corporate social responsibility once and for all leaves behind the philanthropy tag, and we see clear focus on two areas:

Two months ago, such concepts were unthinkable. Now they are essential."

Pretty profound stuff. But the prognosis for CSR is, as far as we can see, far from clear. Changing ownership structures for businesses seems a long way off, unless by this Baker means the movement into public ownership of banking institutions in the , US, and elsewhere. But somehow we doubt that's what he is getting at.

So, really, it's probably too soon to say for sure what will happen next on the rocky road of CSR. But hopefully our poll at the top of the page will give some indication of where our readers think it should be heading....