CSR in China: Cause for Hope or Despair?

China, like its ancient philosophy of Taoism, is full of apparent contradictions, a dance of yin and yang, light and shadow, miracles and disasters.  This is equally true for China's social, environmental and ethical dilemmas, and its recently acquired appetite for CSR. 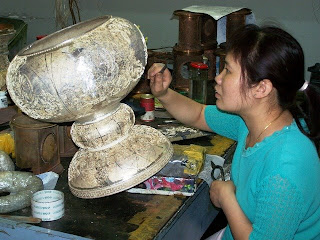 This article looks at some of the mind-numbing facts and recent developments in CSR, as it wrestles with the question of whether to feel hopeful or depressed about the future of China and world. Let us begin with the facts ...
10 BAD NEWS FACTS

So much for the facts. What about CSR? Well, the first question we should ask about CSR in China is: What do we (or more importantly, what do the Chinese) mean by CSR? China has only fairly recently begun to use the CSR label, partly because it resonates with the government policy on creating a "harmonious society", and partly because it seems to placate Western investors and supply chain owners.

Disappointingly, however, in China CSR is still used almost exclusively as a synonym for public relations and philanthropic activities. They have completely failed to heed the lessons of the West, which spent the past 100 years evolving the CSR concept into something that has more to do with the impacts of companies' core operations on people and the planet than peripheral charity or marketing spin.

We saw this limited brand CSR illustrated in the tragic aftermath of the Sichuan earthquake, where companies were ranked by Chinese bloggers on the size of their donations, as a proxy for how responsible they were. The past few years have also seen Chinese companies moving quickly to set up substantial Foundations for ongoing "CSR" investments.

By contrast, according to a McKinsey survey in 2007, the CSR issues which are expected to be most important in China over the next 5 years are: 1) healthcare benefits, 2) the environment, and 3) safer products. Workplace conditions and human rights issues rank lower, at 7 and 9 respectively. These are a far better indication of direction that CSR in China needs to move, if the movement is to avoid being completely discredited almost before it's begun.

When Mattel has to recall almost 1 million toys due to safety concerns, or when chemical contamination of milk products result in 4 deaths and more than 50,000 sick consumers, this is the real CSR battleground. When Chinese companies invest $6 billion on green energy in 2007 and plan to doubling this in 2008, making it the world’s largest green energy investor, or when microcredit programmes reach more than 3 million borrowers in China (since 1994), this is 21st century CSR.

Now, as we witness the beginning of the end for America's experiment with casino capitalism, China has the opportunity to become the testing ground for a new, more evolved version of CSR - what I call CSR 2.0. This next generation CSR has three essential features - it is Connected, Scaleable, and Responsive.

With China's Guangdong Province acting as the world's factory, it has the potential to demonstrate CSR connectivity by worker responsibility and product quality throughout the global supply chain. With its investment in clean technologies and base of the pyramid (BoP) products, it has the potential to make CSR scaleable. And with a population and government that is increasingly educated, empowered, online and proud, China has the chance to show it can be responsive to the needs of both its citizens and the global environment.

To conclude, if I look at China's current appetite for untamed capitalism and what it is currently claiming as its CSR response, I despair for their people and the world's chances of creating a sustainable future. On the other hand, if I look at the speed and scale at which China is tackling many of its social and environmental problems, combined with its growing sense of pride as the world's next superpower, I am hopeful that China can help to usher in a new form of harmonious capitalism.

It may be a journey of a thousand miles, but as the Taoist philosopher said, it begins with the first step. And the first step is for China to rethink, reform and reinvest in its concept of CSR.