The CSR 2.0 Principle of Scalability - The Limits of Ethical Consumerism 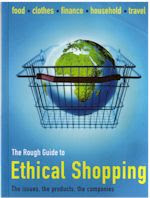 What makes Wal-Mart such a good example of scalability is not just its size, but the principles underlying its actions, such as mainstreaming sustainability, measuring total impacts, empowering customers, working with suppliers and setting audacious goals. The lesson of history is that the ‘ethical consumer’ is the enemy of progress!

That may seem like a crazy thing to say, but here is why I say it. Simply put, by creating a premium-priced, niche market for ‘ethical consumption’ (whether it be organic, fairtrade or eco-friendly), companies have been able to present a responsible front to the world, while leaving the vast majority of their products – which are, by implication, less than ethical – unquestioned and unchanged. At the same time, a small group of usually well-to-do Western consumers have been able to ease their conscience by feeling that they are making a positive difference.
Now let me be clear. I am not against organic or fairtrade or ecofriendly products per se. That would be insane. Clearly, there are groups of producers – usually poor farmers in the Third World – that have benefited from these initiatives. What I am against is the voluntary nature and premium pricing of sustainable and responsible products. The combination of these two factors has ensured that, with one or two exceptions, these products have never gone to scale. As compared with the total and ongoing impacts of mainstream shopping habits, ethical consumption, laudable as it is, has remained marginal at best and totally insignificant at worst.
Let’s look at some of the facts. The UK Soil Associate launched the world’s first organic standard in 1967 and Germany launched its Blue Angel eco-label in 1978. The first fairtrade coffee, introduced by the Max Havelaar Foundation, was in 1988, and the Rainforest Alliance launched its SmartWood certification in 1989. So we have had more than 40 years of ethical consumption. And where has that left us? Well, certainly, it is a growing trend. In the UK, where the proportion of ethical consumers is among the highest in the world, a survey of 4,000 consumers by PwC found that shoppers buying Fairtrade products rose from 20% in 2005 to 50% in 2008 and organic food purchasing increased from 22% to 43% over the same period.
However, this £300bn sector accounted for just 4% of the UK retail market in 2008 and only 60% of basic grocery products had sustainable alternatives, falling to 40% for some sub categories, such as clothing and non-food items. According to the PwC survey, the high prices associated with fairtrade and organic products remained the main inhibitor to further growth. On average, the price premium for environmentally and ethically-friendly products – taken across 75 items at the UK's top six grocers – was 45%. Almost 50% of those shoppers surveyed said they were unwilling or unable to pay this premium, claiming that on average they were not willing to pay a premium in excess of 20% for greener alternatives.
How then do we explain polls, like the one done in 2009 by the Fairtrade Labelling Organisation among 14,500 people across 15 countries, which found that more than half said they were ‘active ethical consumers’? Well, as all professional market researchers will tell you, these figures are horribly skewed due to what’s called the ‘socially acceptable response bias’. You are basically asking people if they are ethical, or if they care about poor farmers in the Third World, or if they are okay with trashing the planet. What would you answer? The simple fact is that, as he UK’s Sustainable Consumption Roundtable says, ‘we know that there is a considerable gap – the so-called ‘value-action gap – between people’s attitudes, which are often pro-environmental, and their everyday behaviours.’