Cabbages & Condoms: Interview with Mechai Viravaidya on social enterprise and HIV/AIDS in Thailand 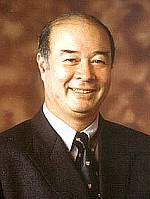 Mechai Viravaidya is the Founder and Chairman of the Population and Community Development Association (PDA), one of Thailand's largest and most successful private, nonprofit, development organizations. Among the many programmes and projects it runs is the Cabbages & Condoms restaurant in Bangkok, a social enterprise dedicated to raising awareness on family planning and HIV/AIDS.

Through PDA and his other activities, including serving as a Senator in the Thai government and Chairman to of Thailand’s biggest companies, Viravaidya has played a pivotal role in Thailand’s immensely successful family planning program, which saw one of the most rapid fertility declines in the modern era. The rate of annual population growth in Thailand declined from over 3% in 1974 to 0.6% in 2005, and the average number of children per family fell from seven to under two.
Viravaidya was also chief architect in building Thailand’s comprehensive national HIV/AIDS prevention policy and program. This initiative is widely regarded as one of the most outstanding national efforts by any country in combating HIV/AIDS. By 2004, Thailand had experienced a 90% reduction in new HIV infections. In 2005, the World Bank reported that these preventative efforts helped save 7.7 million lives throughout the country and saved the government over US$18 billion in treatment costs alone. In 1999, Viravaidya was appointed the UNAIDS Ambassador.

Viravaidya has been acclaimed with numerous awards, recognition, and honorary doctoral degrees and it was a great privelage to be granted this short interview about Cabbages & Condoms.
Interview

Conducted by Dr Wayne Visser, Founder and Director of CSR International on 5 April 2010.

Using Cabbages & Condoms as an example, what demonstrable impact can social enterprises make to society's problems?

We originally referred to the Cabbages & Condoms Restaurant as a "Business for Social Progress", which is commonly known as a social enterprise in the West. The profits from our restaurant directly benefit our NGO, the Population & Community Development Association. The impact has included: promotion of family planning in Thailand, HIV/AIDS prevention through condom usage, poverty alleviation and education in Northeastern Thailand. The restaurant has been a successful social enterprise, and we always encourage civil society leaders in Asia to set one up to help maintain financial sustainability, including with youth groups.

What are the barriers to scaling up social enterprises like Cabbages & Condoms?

The biggest hurdles to social enterprise are good ideas and funds for large-scale endeavours. It is best for new organizations looking at establishing a social enterprise to seek advice from the business community and start small.

What is the role of government in enabling social enterprises like Cabbages & Condoms to succeed?

Unlike the West (the UK in particular) the Thai Government plays no role in enabling social enterprise. The best thing they can do is to kindly stay out of the way.

Can you point to other best practice examples like Cabbages & Condoms (in Thailand or elsewhere in the world).

Some good examples in Thailand include: The Doi Tung Project, the Her Majesty Queen Sirikit's Projects, and HRH Princess Sirindhorn's Projects.

What personally motivated you to use business as a way to make a social impact?

We needed to ensure that our poverty eradication and education initiatives performed under our NGO had long-term sustainability and were not entirely dependent on outside donations. The social enterprises we have established have earned approximately US$150 Million over 25 years and fund approximately 70% of our development endeavours. We would not have been able to accomplish half as much as we have without our social enterprises.

For more information about Mechai Viravaidya and his work, please visit the Mechai Foundation website.
Posted by Wayne Visser at 7:15 AM

Thomas Thomas is Executive Director of the Singapore Compact for CSR. In this interview with Dr Wayne Visser, Founder of CSR International, he looks at the state of CSR in Singapore, including the progress that's been made and the challenges it still faces. The interview took place on 17 March 2010 in Singapore.

Video Blog: Colin Higgins on the Business Case for CSR

Dr Colin Higgins is a Lecturer and Researcher in CSR at Victoria University in Melbourne. In this interview with Dr Wayne Visser, Director of CSR International, he discusses his critical research on the business case for CSR, calling for more attention to social norms. The interview took place on 11 March 2010 in Melbourne.

The State of CSR in Malaysia: A Supply Chain Time Bomb?

By Wayne Visser
It was an interesting time to be in Kuala Lumpur, with the Greenpeace Kit-Kat campaign against Nestle having just gone viral. (Greenpeace accused Nestle of endangering orang-utans through deforestation caused by its irresponsible palm oil supply chain in Indonesia. See Nestle's response). While the campaign was specifically targeted at a Nestle supplier in Indonesia, Malaysia is also a major world source of palm oil and it clearly got the attention of large plantation companies like Sime Darby, a Malaysian company which supplies nearly 10% of the world market.

Fortunately for them, according to an interview I did with their Chief Sustainability Officer, Puvan Selvanathan, they are ahead of the curve, with some plantations already certified by the Roundtable on Sustainable Palm Oil (RSPO) and the rest scheduled for certification by 2011/2012 (whereas Unilever and Nestle are only committing to have fully converted supplies by 2015). Beyond the specific companies involved, however, the Greenpeace-Nestle palm oil debacle highlights the increasingly important role of sector-based codes and social media as new mechanisms for corporate governance and stakeholder accountability.

The RSPO is part of the new generation of multi-stakeholder CSR codes, which have far more credibility than their industry-led predecessors (like Responsible Care). It still has its problems – especially the ability for plantations to offset carbon rather than actually convert to sustainable practices, and a certification bottleneck that seems to be slowing things down – but it is part of the new web of CSR governance mechanisms that are needed to take responsible behaviour to scale. It will only work, however, when companies like Nestle, Carrefour and Unilever ‘choice edit’ on behalf of consumers, so that unsustainable palm oil is phased out completely.

As far as social media goes, the Greenpeace-Nestle campaign is set to become a classic CSR case study. One estimate calculates that within 4 days the Greenpeace report and shock-video may have reached half a million people through social media like Twitter and Facebook. This viral effect was seemingly boosted by Nestle’s attempt on its Facebook page to censor comments made by its critics. The fact that Nestle took swift action by dropping the accused Indonesian supplier and that their hands are effective tied by a lack of available sustainable palm oil has done little to quell the angry reactions of online activists.

A related but different issue that I became aware of during my time in KL, through an interview with Matthias Gerber, is that most of the world’s peat forests are in Indonesia and Malaysia. These underground forests are a colossal carbon sink asset for the world and pose a significant climate change threat, unless they are urgently protected. Instead, intensive farming and deforestation is lowering the water table, drying out these organic soils (comprised mainly of undecayed leaves) and resulting in peat forest fires, which release massive amounts of CO2 into the atmosphere and are hard to put out once they begin.

As far as explicit CSR goes, according to CSR Asia research in 2008, Malaysia is marginally ahead of Singapore and the Philippines, but behind Hong Kong. My observation (informed by various conversations, interviews and the CSR workshop I conducted at the invitation of FORS) was that strategic, embedded CSR is still limited to very few large companies, such as those involved in the local UN Global Compact network. The progressive role of the government on CSR, however, may yet pay dividends. This includes, for example, presidential awards for CSR, the creation of an Energy, Green Technology and Water Ministry and the implementation of a Green Buildings Index.

There is even talk of impending reforms to company law, to redefine corporate purpose in terms of meeting stakeholder needs, rather than continuing to follow the global status quo of shareholder fiduciary duty. If it was any other country, I’d take this with a pinch of salt, but this is Malaysia, which dared to defy the IMF hegemony after the Asian financial crisis. If there is any government bold enough to challenge shareholder-driven capitalism, it may just be Malaysia.

I, for one, hope they have the courage to do so, because until we reduce the stranglehold that shareholders and financial speculators have over our companies and markets, it will always be like trying to sail against a gale that is blowing in the opposite direction, using only a handkerchief – namely CSR - as a sail. The trade winds of the market will always blow, but rather than tinkering with the sails, we need a new kind of vessel – a new model of sustainable and responsible business – that can not only navigate through the tempest, but also sail for calmer waters, where long term thinking is possible and preferable.
Posted by Wayne Visser at 2:23 AM

I first wrote about CSR 2.0 in 2008 and since then, the concept has evolved and clarified. Here, I present a brief summary of the latest thinking, which is also the subject for my new book (The Age of Responsibility, Wiley, 2011).

Despite its seemingly impressive steady march of progress in the past decades, CSR has failed. Furthermore, we are witnessing the decline of CSR, which will continue until its natural death, unless it is reborn and rejuvenated.

CSR has undoubtedly had many positive impacts, for communities and the environment. Yet, its success or failure should be judged in the context of the total impacts of business on society and the planet. Viewed this way, on virtually every measure of social, ecological and ethical performance we have available, the negative impacts of business have been an unmitigated disaster, which CSR has completely failed to avert or even substantially moderate.

Why has CSR failed so spectacularly to address the very issues it claims to be most concerned about? This comes down to three factors – the Triple Curse of Modern CSR, if you like:

To get beyond these curses, we need a revolution that will, if successful, change the way we talk about and practice CSR and, ultimately, the way we do business. I call this new approach, CSR 2.0, where CSR stands for Corporate Sustainability and Responsibility. There are five principles that make up the DNA of CSR 2.0:Making a positive contribution to society is the essence of CSR 2.0 – not just as a marginal afterthought, but as a way of doing business. This is not about bailing out the Titanic with a teaspoon - which is the current effect of CSR 1.0 - but turning the whole ship around. CSR 2.0 is about designing and adopting an inherently sustainable and responsible business model, supported by a reformed financial and economic system that makes creating a better world the easiest, most natural and rewarding thing to do.
Download
Pdf print version
Posted by Wayne Visser at 12:26 AM