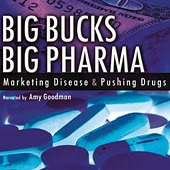 Let’s take a look at one of the biggest crises the world still faces: HIV/AIDS. According to the November 2009 UNAIDS report, more than 25 million people have died of AIDS since 1981. The number of people living with HIV has risen from around 8 million in 1990 to 33 million today, and is still growing. Around 67% of people living with HIV are in sub-Saharan Africa and Africa has over 14 million AIDS orphans. At the end of 2008, women accounted for 50% of all adults living with HIV worldwide. In developing and transitional countries, 9.5 million people are in immediate need of life-saving AIDS drugs; of these, only 4 million (42%) are receiving the drugs.

The topic of drugs presents a good case study in responsiveness (and the lack thereof). In 2001, Oxfam launched a campaign called ‘Cut the Cost’, challenging the pharmaceutical industry to address responsible drug pricing. In the same year, the Indian pharmaceutical company Cipla cut the annual price of anti-retroviral AIDS drugs to Medecins Sans Frontieres (MSF) to $350, as compared with the global industry standard of $1,000, and the Western market price of $10,400. Cipla also announced its intention to allow the South African government to sell eight of its generic AIDS drugs, the patents for which were held by other companies.

MSF put pressure on the five major pharmaceutical companies involved in the UNAIDS Accelerating Access Initiative to match Cipla’s benchmark. And to some extent, they responded. Merck cut the price of its HIV/AIDS treatments for developing countries, including offering Crixivan at $600 and Stocrin at $500. Pfizer offered to supply antifungal medicine at no charge to HIV/AIDS patients in 50 AIDS stricken countries. Bristol-Myers Squibb announced that it would not prevent generic-drug makers from selling low-cost versions of one of its HIV drugs (Zerit) in Africa. And Glaxo-SmithKline granted a voluntary licence to South African generics producer Aspen, allowing them to share the rights to GSK’s drugs (AZT, 3TC and Combivir) without charge.

So far so good. Apparently the drug companies are quite responsive. Why then, in 2001 (at the same time that they were doing all these good things), did 39 of the largest international pharmaceutical companies take the South African government to court over plans to introduce legislation aimed at easing access to AIDS drugs, arguing that it would infringe their patents and contravene the Trade Related Aspects of Intellectual Property Rights (TRIPS) agreement? Justin Forsyth, Oxfam Policy Director, said at the time, ‘This court case demonstrates how powerful drug companies are bullying poor countries just so they can protect their patent rights on lifesaving medicines.’

The pharmaceutical companies quickly realized that they had created a monster. Tens of thousands of people marched in protest all over the world, and 300,000 people from over 130 countries signed a petition against the action. Eventually, following public pressure, as well as pressure from the South African government and the European Parliament, Big Pharma dropped the case. Fanning the flames of public discontent, John le Carr_e’s 2001 book The Constant Gardener and the 2005 film adaptation depicted drug companies as corrupt profiteers. And so began the industry’s PR damage control campaign. ‘This is not about profits and patents’, said John L. McGoldrick, Executive Vice President at Bristol-Myers Squibb, ‘We seek no profits on AIDS drugs in Africa, and we will not let our patents be an obstacle.’

Dr Wayne Visser is the Founder & Director of CSR International and the author of 9 books on CSR, the most recent of which is The Age of Responsibility: CSR 2.0 and the New DNA of Business. He researches, writes, trains and teaches corporate sustainability & responsibility around the world, including at Cambridge University, Magna Carta College, Oxford and La Trobe Graduate Business School, Melbourne.