Reflections on CSR in China 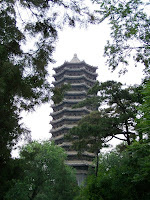 It was a great pleasure for me to be back in China in May this year. On my first visit in 2008, it was shortly after the Sichuan earthquake and one of the fascinating things to see was how Chinese bloggers were publicly ranking (and rankling) companies on their response to the disaster. For me, that represented good news and bad news – good news because it meant that civil society was becoming more active and bad news because it was entrenching a philanthropic understanding of CSR. The other experience I had during that visit, which confirmed my fears, was my role on a judging panel for an MBA competition on CSR, where the project we selected (which involved setting up an e-waste recycling facility) was passed over for a philanthropic project (which involved giving money for setting up a school). 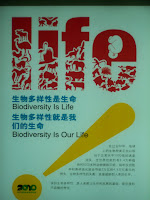 During my more recent visit, a number of things seem to have changed. As my Chinese colleagues kept reminding me, two years is a long time in China. The first thing I noticed is that the country is awash with CSR conferences, workshops and training. So much so that generic meetings no longer pull the crowds. Companies know what CSR is and now they want to know how to implement it. Not surprising then that the CSR reporting trend has finally taken off in China as well. For now, this is seen by many companies as an end in itself – often to satisfy Western critics – rather than a first step on a much longer journey. However, along with the reporting trend, there is at least more talk of Strategic CSR, even though the evidence suggests this is more the exception than the rule. A company like State Grid is among this progressive minority, but most large companies are still stuck in a philanthropic, project-based mode of CSR.

The main drivers for CSR seem to have shifted as well. Whereas before, it was mainly Western pressure through the supply chain, now the two main advocates seem to be the Chinese government and the workers themselves. The government has latched onto the CSR concept and is bedding down many elements in legislation ranging from labour conditions to cleaner production. There are also increasing numbers of protests by workers that are dissatisfied with the status quo. Sam Lee mentions the story that was in the headlines recently of an irregular number of suicides in a particular company, which has added impetus to this growing workers' movement. As China rises as an economic superpower and begins to dominate many industries, there is also far more emphasis on safety and quality of products. 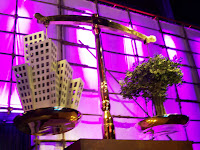 Apart from CSR management, China is investing heavily is in the market opportunities provided by CSR issues, especially clean technology. Already in 2006, the richest man in China was reported to be Shi Shengrong, CEO of the solar company Suntech, and the richest women, Zhang Yin, made her fortune from recycling. A 2010 report published by the Pew Environmental Center found that in 2009, China invested $34.6 billion in the clean energy economy, while the United States only invested $18.6 billion. This explosive growth was brought home to me when, at an event of the Women In Sustainability Action (WISA) in Shanghai where I was speaking, I got talking to a supplier of wind turbines to Europe. Simply put, he cannot keep up with the demand. He is turning customers away because there is already 12 months of orders in the pipeline.

In a related trend, I heard far more on this trip about environmental issues. In fact, visiting CSR scholar at Peking University, Mark Wheling, believes that the green issues are what are getting companies away from philanthropic CSR. World Bank estimates put the cost of environmental and associated health costs in China at 3% of GDP, with water pollution accounting for half of the losses. These costs have not escaped the attention of the Chinese government, who is driving environmental legislation and incentives much more strongly now. Many Chinese talk about the Olympics as some kind of watershed. As you may remember, the government shut down many factories around the city and restricted vehicle access. As result, Beijing enjoyed unprecedented blue skies during the 2008 Olympics. When the Olympics was over and the government prepared to go back to business-as-usual, the public objected – they wanted to keep their blue skies – and so at least some of the pollution control policies remained in force.

So, yes, there have been changes over the past two years, and there has been some movement towards Strategic CSR. However, my overall impression is that most companies still view CSR as a philanthropic and public relations exercise. As Jacyclyn Shi reminds us, CSR awards schemes are booming, which is a sure sign of progress, but also immaturity of the market. Perhaps she is right to place her hope in the women of China to be the new pioneers. There has been no shortage of testosterone-fuelled growth in China – and the world – which remains at the heart of the problem. We could benefit from less male yang, and more female yin, in China and in the CSR movement more generally.
Posted by Wayne Visser at 7:10 AM